Would you like to switch to the accessible version of this site?

Don't need the accessible version of this site?

The History of Cosmetics 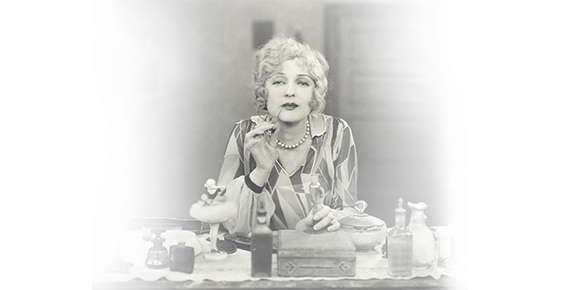 Cosmetics have been used for at least 6,000 years to cover up blemishes, enhance beauty and as an extension of the personality. Some evidence even suggests that natural pigments may have been used as makeup over 100,000 years ago.

In Ancient Egypt people used balms made of castor oil to soothe sensitive skin. They also had natural treatments for wrinkles, scars and burns, as well as remedies for greying hair and baldness.

The Ancient Greeks were also known to use cosmetics. And the Ancient Romans used skin creams made of olive oil, beeswax and rosewater. In Ancient Rome, cosmetics may have been frowned upon, but some women still used them, including eyeliner.

In Europe during the Middle Ages, Church leaders disapproved of the use of makeup, although many women during that time still chose to wear it. In Italy, women wore red lipstick because it was associated with the upperclass.

During the 14th to 17th centuries, the lower classes often worked in agricultural and other outside jobs. The increased exposure to the sun darkened their skin. Upper class people, though, spent more time inside so their skin was paler. This led to people associating pale skin with the upper classes. Some women, and men, used white powders to give the look of whiter skin.

During the early 1900s, makeup was not widely popular and could not even be purchased in department stores. At this time, though, women sometimes used a powdered paper or oil blotting sheet to make their nose shinier in the summer and their cheeks whiter in the summer.

Rouge was used mainly by “women of the night,” but some women darkened their eyelashes with burnt matchsticks or petals from poppy or geranium flowers. Toilet waters — mainly lavender water or mild cologne — started to be used around this time.

In 1910, makeup became more popular thanks to certain ballet and theater stars. This included rouge, eyeliner, eyelash curlers, eyebrow darkeners and even cosmetic tattooing. Max Factor opened up its first makeup studio in 1909 in Los Angeles, mainly for professional actors, but ordinary women also stopped in to buy makeup.

During the 1920s, the Flapper Style took off. This consisted of dark eyes, red nail polish, red lipstick and a suntan. This look was popularized by perfume designer Coco Chanel. The eyebrow pencil also became more popular around this time and the first nail polish patent was awarded in 1919.

Cosmetics were hard to come by during the Second World War because many of their ingredients were needed for the war. Cosmetic companies, though, realized that the shortage would lead to increased popularity of cosmetics when the war ended, so they planned ahead. This included developers like Elizabeth Arden and Yardley.

With the rise of feminism in the 1960s and 1970s, many women shunned cosmetics. In the 1970s, though, women often chose a natural look for the daytime and a more sexy look for after work. Eye shadow was very popular as were the many new shades of lipstick, including green, silver and lilac. At this time, women started selling Avon cosmetics directly to other women.

Since then, the number and kinds of makeup has increased, with cosmetics now available in department stores, specialty beauty shops and through online retailers. In addition, a growing number of men are using cosmetics both to cover up blemishes and to enhance their look.

The possibilities of cosmetics are endless. To create your own timeless look, contact your makeup professional today.

Leave a Voicemail or Text Us Today!